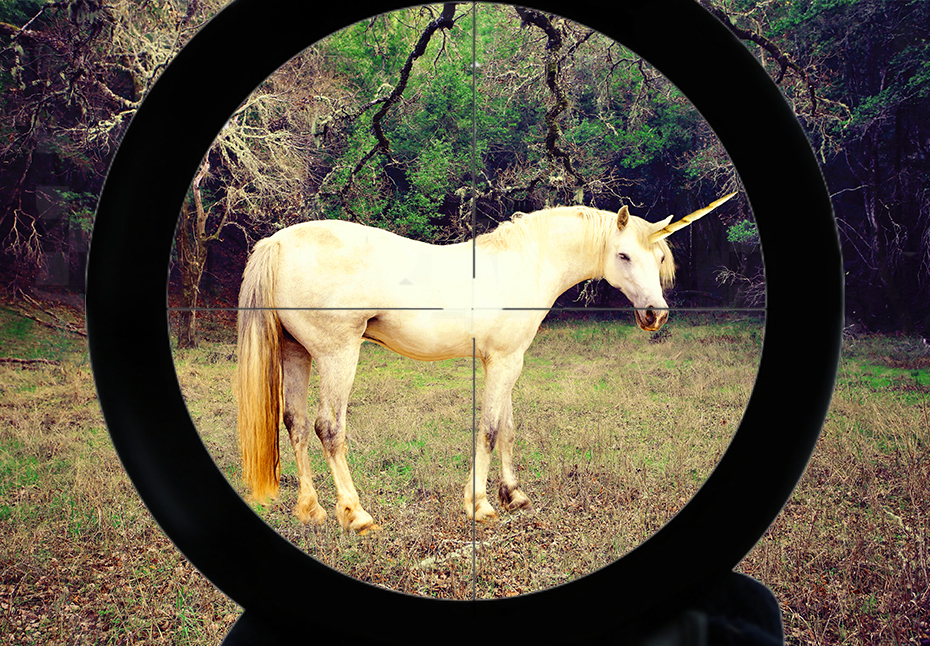 When I was in high school and very much in the crackpot stage of my life, I used to be a big follower of cryptozoology; the study, and attempt to prove the existence of, creatures only described in the folkloric record. (Note that I say “study” here in the same sense that a serial killer might say that “murder is the study of human death” in a schlocky police procedural.) Whenever somebody would ask me why I thought flying deer or unicorns existed, I’d simply ask them to prove me wrong: hOw dO YoU KnOw tHeRe aReN’T AnY? dId yOu lOoK EvErYwHeRe aNd nOt fInD OnE?

When I got older and “wiser”, I realized my folly—had unicorns existed, we would have simply either shot them all to death or genetically modified them for optimal horn production to the extent that we’d only be left with large bony masses and an atrophied horse body attached to them. But colt meeting Colt notwithstanding, believing in unicorns (or cryptid of your choice) tends to be tricky to deal with both philosophically and scientifically, and in this entry I’ll try to show you why.

You see, scientists are in general cranky old codgers, and this grouchiness manifests itself through an all-pervading negativity when it comes to the discussion of scientific pursuits. (If I had a nickel for every time I’ve heard a scientist call another scientists work some variant of the word garbage, I’d have enough metal to run Smith & Wesson out of business.) And, like anything made by cranky old codgers, this negativity has been philosophically formalized into what can be summarized briefly as “you’re wrong, we just don’t know how yet”.* In that sense, scientists instinctively value beliefs that are (nominally) easy to disprove, which makes believing in the existence of unicorns tricky business.

*Incidentally, this is precisely why scientists call the claims of science “theories”; no matter how correct or proved these claims may be, we’re only one unicorn away from having people throw trash at us from the auditorium back seats during our university colloquium.

To illustrate, imagine we’re in some stodgy Viennese café in the early 1900’s and two philosophers with opposite claims about unicorns are trying to convince us of their viewpoint; Philosopher 1 claims that no unicorns exist, while Philosopher 2 states that at least one unicorn exists somewhere on Earth. If we are the same kind of grouch that I discussed before, we would set about attempting to show which claim is “less wrong” by attempting to disprove one claim or the other.

However, notice the difference in effort to do so; to refute Philosopher 1, we’d only need to hunt (or hire someone to find for us) one unicorn to completely blow his claim out of the water. To refute Philosopher 2, we’d need to scour every single part of the Earth to make sure that unicorns aren’t hiding out in some remote unreachable corner of the planet.* Sure, finding a single unicorn would be a herculean challenge for any hunter, but it is far more challenging to survey the ends of the Earth to make sure that there aren’t any.

From the perspective of optimizing the amount of time we spend drinking coffee and making unpleasant faces at passerby, it is far more convenient to entertain the notion that no unicorns exist; simply because it’s far easier to disprove it. And if you notice carefully, it turns out that claims that refer to a universal truth (i.e. there are no unicorns/everything is unicorns) in general are far, far easier to disprove than claims that are their direct refusal—namely, that at least one unicorn exists/at least one thing isn’t a unicorn. These types of claims are usually referred to as existential, in the sense that they claim that a specific thing exists (or doesn’t), and this “oppositeness” always holds; the refutation of a universal claim is always an existential claim, and vice-versa. If we were particularly pretentious—and if we’re in a Viennese coffee shop in the early 1900’s, that’s extremely likely—we might even call it something like the “no unicorns principle”:

No Unicorns Principle: Claims that are universal have more philosophically scientific worth than those that are existential.

If you look at the different theories in physics that have popped up throughout human history, you’ll find they share something in common; their claims are almost always universal, like the claim made by Philosopher 1, in the sense that they make statements like “everything is ████ ” or “everything of this type behaves according to █████ “. Perhaps more strikingly, you’ll find that there are far fewer theories regarding the existence of things in the vein of what Philosopher 2 proposed; statements like “there is at least one object that behaves according to ████ ” or “there is a ████ ” are fairly sparse in the history of science.

This is, in the context of my previous arguments, no coincidence. That innate grumpiness in scientists has manifested itself as the historical tendency that almost all of our physical theories are of the universal type, and statements about the existence of weird objects in our universe are almost always made as a direct consequence of their prediction in universal theories (and even then we get into big fights about them). It is for that reason that most of our experimental efforts are focused on finding specific things, since it is through this method that we go about disproving all theories that don’t predict these things’ existence. And when it comes to hunting these unicorns, you better make sure you bring a big gun.