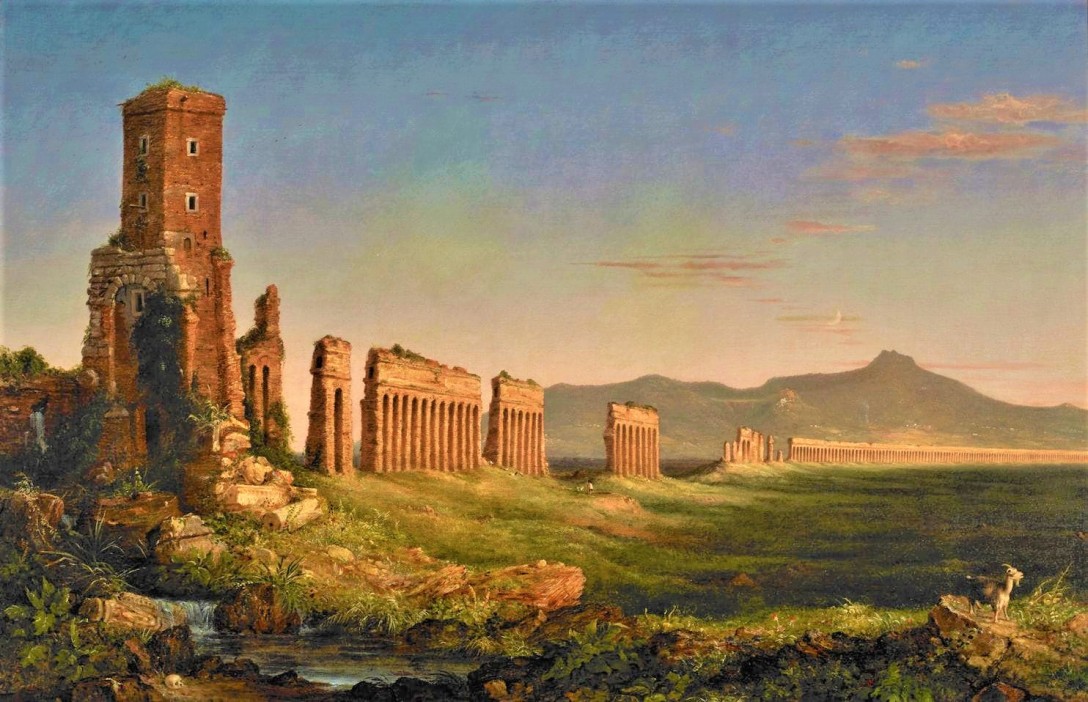 The concept of control volume analysis we developed to analyze the way pressure, velocity, and density interact in fluids is surprisingly powerful. And in fact, such an analysis—coupled with a little bit of experimental data—forms the backbone of nearly all engineering applications of fluid mechanics. The simplest example of this, and certainly the most ubiquitous, is in hydraulics.

We had briefly seen hydraulics at the end of Part II, where things like hydraulic jacks exploited the relationship of external forces and pressure. However, the study of hydraulics is far broader than that; in a nutshell, hydraulics is the field of engineering that exploits or manipulates enclosed fluids. The critical distinction between then and now is that we were exclusively looking at fluids that weren’t moving, where the only thing we could manipulate was the pressure. Now that we have the machinery of control volume analysis, we can explore the full gamut of hydraulic phenomena that involve both pressure and velocity.

Let’s consider a section of pipe again, this time filled with a moving incompressible fluid (so the density is constant everywhere). If we perform a control volume analysis for the mass of fluid inside the pipe section, and assume that the pipe flow has been running sufficiently long such that the total fluid mass in the pipe doesn’t change, we find as we did in Part IV that

. And although we don’t know how the velocity changes at each point of the inlet/outlet—we don’t have the mathematical machinery for that yet—we can define some average speeds at the inlet/outlet of the pipe

such that those integrals turn into simple multiplications, with the assumption that all the flow at the inlet/outlet is perpendicular to the pipe cross-section. With that, we find the following equation:

Although this is just a simplified and specific version of the conservation of mass equation we derived in Part IV, it is also what I like to call the first fundamental equation of hydraulics. It is fundamental because it is giving us a very simple and straightforward statement about the behavior of fluids that is very useful for engineering applications: the change of fluid speed between two ends of a steady hydraulic system involving incompressible fluids depends only on the geometry of that system.

This is relatively shocking, since one would certainly expect that pressure or gravity or external forces would play some kind of role in speeding up or slowing down the fluid. The fact of the matter is that they do, but only while the system is in the process of becoming steady; once flow is constant, the geometry determines flow speeds. The imperative thing to do now is to determine whether or not such a steady flow is attainable in a given system, and for that we need to figure out what’s happening with the pressure.

To that end, if we perform a control volume analysis for the momentum of the fluid in that same pipe, we find in a general sense:

We can be far more specific now than we were in Part IV. However, we are going to consider an extra effect we didn’t consider before; a momentum loss term

. This momentum loss term is going to be extremely general, and is essentially accounting for all the phenomena that we don’t have the tools to understand yet; friction, turbulence, recirculation zones, etcetra. With that stated, we make the following assumptions:

Defining average quantities just like we did before, we can swap out those integrals with products:

To simplify the gravitational term, the volume

of the pipe section can be reasonably approximated as the average cross-sectional area of the inlet/outlet times the pipe length. Combining that with the dot-product term and doing some behind-the-scenes algebra, we can equivalently approximate the gravitational term as:

represents the height of the center of the inlet/outlet relative to some fixed point, like the ground.

Inserting back, and moving the momentum loss term to the left-hand side, we find the following equation:

I usually refer to this equation, which came from a control volume analysis for the momentum of a pipe section of fluid in the direction of flow, as the second fundamental equation of hydraulics. This is because it is explicitly giving us the remaining pieces of the puzzle of understanding how the pressure changes in a pipe section; we know the changes in the velocity can be found entirely from geometric arguments thanks to the first fundamental equation, and everything coming from the gravitational term is geometric as well since it only depends on pipe section heights and cross-sectional areas. The only other thing we’d need to figure out the average pressure at the outlet, given some average pressure and velocity at the inlet, is that momentum loss term.

is, as we stated before, extremely general; it is essentially accounting for every physical phenomenon associated with momentum loss in the fluid that we don’t know how to describe, and is consequently a function of the pressures, velocities, and geometries of the pipe section in question. Luckily, decades upon decades of experimental work have empirically determined accurate values for

associated with specific phenomena and pipe geometries, such that hydraulicists only need to look up the values of

is almost universally approximated as proportional to the cross-sectional area, in which case hydraulicists define a momentum loss per area

We can do a couple of rapid-fire qualitative observations from these fundamental equations given some simple assumptions:

So, how do engineers apply these equations to an aqueduct or a network of pipes? Although there are many ways to do this, the common scenario is to consider some sort of pump or reservoir at a high and fixed pressure

and some outlet at a fixed lower pressure

, most of the time at atmospheric pressure. Then you guess a “reasonable” value for the velocity at that reservoir

, use the fundamental equations of hydraulics to determine the inlet pressure and velocity of the next pipe section, and so on until you reach the outlet. Then, you see whether or not the outlet pressure you wind up obtaining with that trial guess of the reservoir velocity

matches the correct outlet pressure; if it matches, great, if it doesn’t, you keep trying with different reservoir velocities. If you can’t find a match at all, then steady flow in the system is likely impossible, and you need to tweak your hydraulic system. This sort of thing is called hydraulic circuit analysis or pipe network analysis, depending on the engineer’s background.

Using control volume analysis for the mass and momentum of fluid in a section of pipe at steady-state, along with some experimental data about momentum losses in pipes, we were able to get everything we needed to design and understand basic hydraulic systems. If we want to get a fundamental understanding of what those losses are and how they occur, though—if we want to get a fundamental understanding of the laws of fluid mechanics—we need to give our theoretical machinery of control volume analysis a little upgrade. That upgrade is called transport theory.

Things to Think About

1. Why do you think this kind of approach would be tricky when we’re thinking about flow past something (like say, a plane)?

2. What details about the flow that we haven’t found out yet would help us make this analysis even more specific and precise?

3. What processes do you think contribute to momentum loss in a curved pipe? What do you think they depend on?

4. Let’s say you are trying to pump water into the 6th story of a building using just a pump, a curved piece of pipe, and a piece of pipe going straight up. How would you design the pump and the pipe geometry?

5. What do you think momentum loss due to friction depends on?